Why are Females being Missed on the Autism Spectrum (AS/ASD)? Part 1

Why are Females being Missed on the Autism Spectrum (AS/ASD)? Part 1 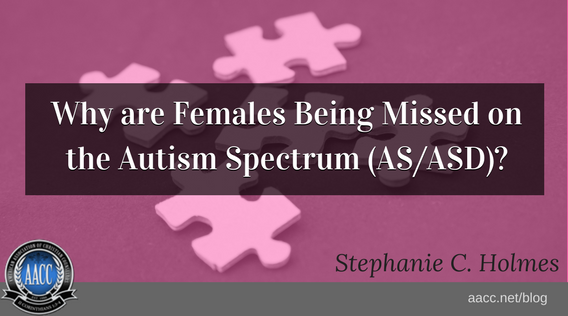 An Interview with author and advocate, Tracey Cohen 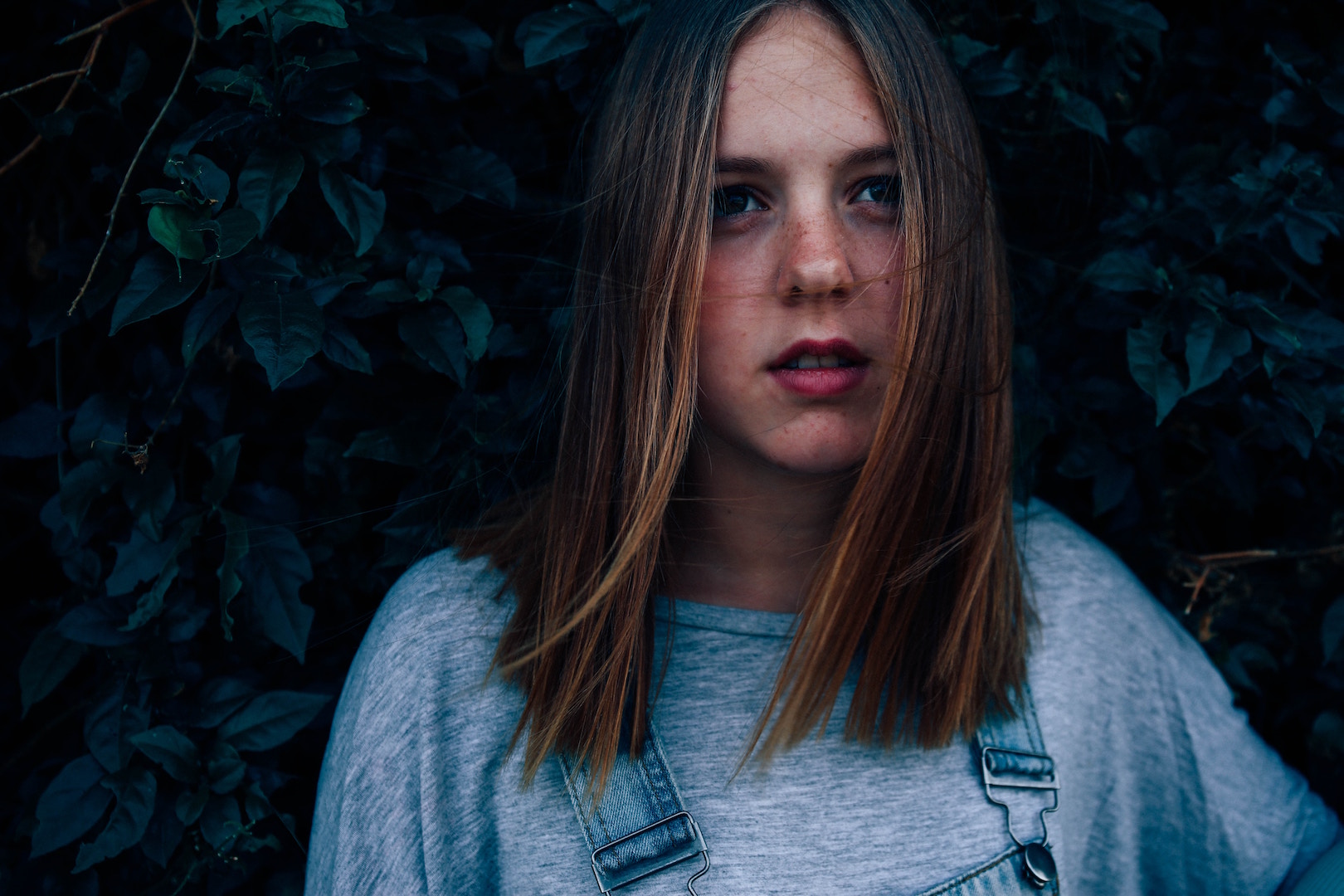 At a workshop I was teaching a few years ago, I shared a video interview of my daughter without identifying her as such. My daughter, who was 15 at the time, was discussing her challenges and struggles with Asperger’s (AS/ASD) during her elementary years. At the end of the presentation, a clinical psychologist inquired if the diagnosis for the young lady in the video was accurate because he stated, “If that girl is on the spectrum we are missing them because she did not present like someone on the spectrum.” That was the point. I assured him that the girl in the video was diagnosed with AS at the age six, I was sure of it because I was there for it and was there to observe the struggles and challenges during the elementary years and the lack of knowledge many professionals have about females on the spectrum. As a mother of a female on the spectrum, I can attest that the diagnosis process for a girl is quite difficult to get, and educators and clinical professionals often miss the nuances and subtleties of how the spectrum may present in females.   Sydney shares her story in: Teens on the Spectrum: What it’s like to be a girl with Asperger’s/ASD? (https://www.aacc.net/2014/04/03/teens-on-the-spectrum-whats-it-like-to-be-a-girl-with-aspergersasd/). In that article, I shared that professionals believed the autism diagnosis to be 10:1 boys to girls, but experts such as Dr. Tony Attwood, Jennifer O’Toole, and Dr. Temple Grandin believe that ratio to be closer to 3:1 or 4:1 because females are simply being misdiagnosed or missed altogether.

I interviewed Tracey Cohen, author of Six-Word Lessons on Female Asperger Syndrome. Tracey was diagnosed on the spectrum at the age of 39 and wrote her book to educate families, educators, and professionals about the differences in males and females on the autism spectrum to “help prevent others from much of the hardships and pitfalls” she experienced living life undiagnosed.

Stephanie (SH): Tracey, thank you for reaching out to discuss issues with females on the spectrum. Can you tell me about the events that led up to you being diagnosed?

Tracey (TC): I always knew I was different; I just didn’t know why or know why life has always been hard. I started a new teaching job with a family who hired me specifically to work with their son who they believed had Asperger’s/autism. I attended a conference to learn more about AS/ASD and as the speaker spoke was mesmerized as I sat in disbelief hearing the speaker describe autism I was hearing a description of me. I spoke to the speaker after the seminar, and he encouraged me to speak to a professional, and this eventually led to a diagnosis. 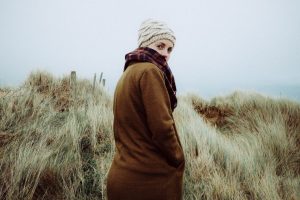 Tracey continued to say that she had many struggles in life having been referred to as incompetent or treated differently by others. At the age of 30, the first professional she sought for help was unaware of how the spectrum presented in adults and especially was not aware of females on the spectrum. After speaking with Dr. Tony Attwood, he encouraged her to seek out someone who was knowledgeable of adults and females. She decided to give it one more try and she and her mom flew from Michigan to Oregon to see Dr. Karen McKibben, who had expertise in diagnosing women on the spectrum, and Tracey was diagnosed at the age of 39. After realizing she had markers of the spectrum at age 30, it was nine more years before she was diagnosed with AS/ASD.

SH: Many adults tell me they have been through life feeling like something was off or different. Sometimes adults I have worked with get upset to hear they have this diagnosis and find it hard to believe. What was your experience or perception of what the diagnosis meant to you as an adult?

TC: It was a relief. It provided validation (NOT AN EXCUSE) for things that were and continue to be hard. But there was a letdown period as it did not change anything per se to the despair of family members who wanted to know “how to fix me.” But with time I have continued to learn more about AS/ASD, and I have started to understand how to make better decisions for myself and how to put less pressure on myself.

SH: Sometimes professionals do not see the value in adults having a formal diagnosis. Many professionals tell me they are not sure how to diagnose adults since many assessments were made for children. Why has it been helpful to you to know about your AS/ASD?

TC: Again validation, as well as to learn some of my triggers as well as what the differences are between neurotypicals and people with ASD. It was helpful to learn that people with AS/ASD are in fact different. Knowing about my diagnosis helped me enhance coping strategies and gain a better of understanding of what I experience and deeper understanding of what I am feeling, seeing, experiencing…..

SH: Your book mentions that females on the spectrum tend to be missed, what has your experience and research shown you about why females are missed in the diagnosis process? 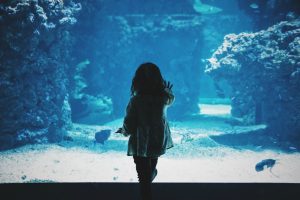 As my discussion continued with Tracey and why it is important for professionals to understand AS/ASD in females, Tracey and I discussed that diagnostic measures, how symptoms manifest, and assessment were normed on males. Tracey said, “When it comes to females, it is all about the nuances and subtleties.” She discussed that even with special or restrictive interests, the interests are not about being a right or wrong interest or something that is “normal” or not. Tracey stated that she owned dolls like any other girl her age did, but the difference was how she played with them. Her dolls did not interact nor did she make up stories with them to dialogue to each other. She preferred to line them up or play with them in a less “social way.” In my article with Dr. Tony Attwood (https://www.aacc.net/2015/07/23/complex-cases-aspergersasd-specialrestrictive-interests-the-good-the-bad-and-the-dangerous/) we discussed that the interest is more about its intensity or strong attachment, intense focus and knowledge of that interest that better defines what a special or restrictive interest can be. Professionals are not always asking the right questions to determine what a special or restrictive interest may be or rely on stereotypes such as ceiling fans or collections to determine if that criteria has been met.

In Part 2, Tracey will share about why parents need to tell their children about their diagnosis and more about autism in females.

Stephanie C. Holmes, MA is an ordained minister and certified Christian counselor with the Board of Examiners for GA Christian Counselors and Therapists. Stephanie’s career path changed when her eldest daughter was diagnosed with Asperger’s in 2004. Stephanie practices at her home church, The Church of Chapel Hill Dunwoody Campus and has an international consulting practice Autism Spectrum Resources for Marriage & Family, LLC. She will be speaking at our 2017 World Conference on Autism- it’s a Family thing!

Tracey Cohen, a lifelong competitive runner, freelance writer, returned Peace Corps Volunteer, was diagnosed with Asperger Syndrome at the age of 39. Sharing her own struggles and discoveries her book Six-Word Lessons in Female Asperger Syndrome, she aims to empower others to learn, accept and fine peace in our complex, neurotypical dominated world.