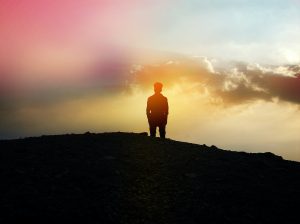 An Epidemic of Social Isolation and Loneliness
Isolation and loneliness are harmful to your health. The Health Resources and Services Administration (HRSA), an agency of the U.S. Department of Health and Human Services, reports that 20% of Americans feel socially isolated and lonely and that the resulting health damage is the equivalent of smoking 15 cigarettes a day (HRSA, 2019). This research was done before the impact of the COVID-19 pandemic, and one can surmise that the percentage of socially isolated and lonely people will increase over the remainder of 2020.

Meta-analytic studies have revealed that people who live in social isolation or perceive themselves as alone and lonely are at higher risk for early mortality (Holt-Lunstad, Isolation and loneliness are harmful to your health. The et al., 2015). Social cognitive behavioral therapy is one of the more effective treatments for loneliness, along with such strategies as scheduled personal contacts, group activity participation (e.g., exercise, painting, music, drama, storytelling), group discussion (e.g., Bible studies), animal contact, skills instruction (e.g., mindfulness-based stress reduction, computer use, friendship development, goal setting, self-management), service delivery and social assistance, and peer support groups (Cacioppo, et al., 2018). Research on all these treatments and interventions demonstrates the vital role that social relationships play in our long-term health.

A Christian Response to Social Isolation and Loneliness
How do Christians deal with isolation and loneliness? The reality is that most of us probably slip into the habits and behaviors found in the general population that exacerbate rather than ameliorate the problem. In other words, Christians are just as prone to the adverse effects of social isolation and loneliness unless they have embraced and mastered biblically-effective tools and incorporated them into a healthy lifestyle. Assuming there is no physical or medical issue at the root of loneliness that impairs a person’s perception, there are several ways Christians can grow in awareness that they are “never alone.” Some activities have already been mentioned, but I want to focus specifically on how we can practice the presence and power of God.

Created for Relationship
We are created in the image of God and for a relationship with Him and our neighbors (Genesis 1-2). As such, all humans have value in the eyes of God. Sin, evil, and the curse have caused a rupture in this relationship, but Christ has provided the way of salvation and the model for restoring relationships. Stress from social isolation and loneliness is normal, reminding us of our relational nature and design; however, in Christ, we need to remember that we are never alone; God is present, and we always have an audience. We need to learn to practice the presence and power of God.

Keeping Your Focus: Staying on Course
For years, our family had a small sailboat, and I learned early on the importance of visual navigation when sailing on a lake. It is imperative to identify an object in the distance and stay focused on it to avoid becoming distracted. If I looked down at the tiller and tried to hold it straight, then I would soon be blown off course. Ancient mariners would use Polaris, the North Star, as the fixed reference point in the Northern Hemisphere to sail across the seas.

What is the focal point in your life that keeps you on course? For some, it is their job, material objects, or wealth; for others, it is their politics, philosophy of life, or a person whom they idolize. All of these things will fail unless you seek first the Kingdom of God (Matthew 6:33) found in Jesus. Peter was able to walk on water as long as he kept his focus on Jesus, but when he be- came distracted by the wind and the elements around him, he began to sink. He was saved when he called out to Jesus. “Immediately Jesus reached out his hand and caught him. ‘You of little faith,’ he said, ‘why did you doubt?’ And when they climbed into the boat, the wind died down” (Matthew 14:31-32, NIV). The promise of God is this, “… Never will I leave you; never will I for- sake you” (Hebrews 13:5, NIV).

Keeping Your Focus: Developing a Godly Orientation and Attitude
God is present in every situation… we are never alone. In his book, The Responsible Self, H. Richard Niebuhr described this godly orientation: “God is acting in all actions upon you, so respond to all actions upon you as to respond to His action” (p. 126). In other words, we need to see every problem, including social isolation, as an op- opportunity to respond, not just to ourselves and others, but also to God. He is there, just as Jesus was there for Peter, waiting for us to look beyond our immediate circum- stances and engage Him.

In 1 Kings 18, we see Elijah standing alone before the prophets of Baal on Mount Carmel, calling down the consuming fire of God upon the sacrifice. His success and the slaughter of the false prophets are followed in the next chapter by the picture of a different Elijah, who is fleeing in fear from the threats of Jezebel. We find him in the desert, socially isolated, flooded with negative emotions, tired, hungry, wanting to die, and complaining that he is all alone. God intervenes (He has been there all along) by first providing for Elijah’s physical needs for sleep, food, and water; then, He speaks to him in a gentle, soothing voice as He addresses the prophet’s lost focus. God is present—He corrects Elijah’s false beliefs, tells him there are seven thousand people who have not bowed to Baal, gives him a task to anoint two kings, and provides him with a companion, Elisha, who will remain with him until he is taken up into heaven (1 Kings 19). In the process, we are given the model of an effective crisis intervention. 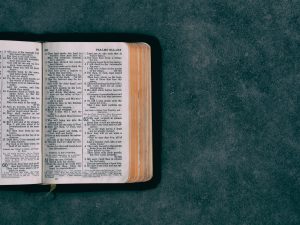 Keeping Your Focus: Learning to “Extract the Precious from the Worthless”
One way to keep our focus is to learn to “extract the precious from the worthless” (Jeremiah 15:19, NASB). As long as Jeremiah focused on the sin and evil around him, he could not see the precious provisions of God; consequently, God no longer recognized him as His prophet. Jeremiah needed to reappraise his situation. John Chrysostom (347-407) was a brilliant preacher who found himself constantly at odds with authorities and, in particular, the empress. He was twice banished from his church in Constantinople; however, his attitude toward such strife and persecution is enlightening and, perhaps, instructive as we deal with uncertain times. In a letter to Bishop Cyriacus he wrote: “When I was driven from the city, I felt no anxiety, but said to myself: If the empress wishes to banish me, let her do so; ‘the earth is the Lord’s.’ If she wants to have me sawn asunder, I have Isaiah for an example. If she wants me to be drowned in the ocean, I think of Jonah. If I am to be thrown into the fire, the three men in the furnace suffered the same. If cast before wild beasts, I remember Daniel in the lion’s den. If she wants me to be stoned, I have before me Stephen, the first martyr. If she demands my head, let her do so; John the Baptist shines before me. Naked I came from my mother’s womb, naked shall I leave this world. Paul reminds me, ‘If I still pleased men, I would not be the servant of Christ’” (Schaff, 1889, p. 14, emphases added). Chrysostom is using a technique in counseling that we call a reappraisal or a reassessment. Notice that he is not dismissing or ignoring the threat, nor is he catastrophizing his situation. His anxiety is not repressed or suppressed; rather, it is processed through a biblical lens that renders it harmless. Each stressor simply serves as a prompt or reminder of a concrete example of God’s faith- fulness.

Keeping Your Focus: Practicing the Presence of God
Brother Lawrence was a 17th-century Carmelite lay brother who suffered from loneliness and depression before finding peace through practicing the presence of God. He admitted that distractions and wandering thoughts were a problem, but through perseverance and repetition, he acquired the habit of continual conversation with God. “That in order to form a habit of conversing with GOD continually, and referring all we do to Him; we must at first apply to Him with some diligence: but that after a little care we should find His love inwardly excite us to it without any difficulty” (Brother Lawrence, 1895, p. 10). “The time of business does not with me differ from the time of prayer,” he said (p. 4). Biblical meditation can help you keep your focus and engage in prayerful conversation with God. First, prepare your mind and body by doing relaxation and breathing exercises and slowing down your thoughts and mind.

Second, begin reading (and memorizing) Bible passages that initiate a calming conversation with God. Passages that I have memorized and found helpful are Psalm 23, Psalm 103:1-5, and Matthew 5:3-10 (the Beatitudes), but you should select passages in which you find particularly meaningful. Third, seek comfort and understanding in conversation with God as you meditate on the words, phrases, and verses of Scripture. Fourth, ask the prompting of the Holy Spirit to guide you to deeper growth and maturity in Christ, giving “all your worries and cares to God, for he cares about you” (1 Peter 5:7, NLT). 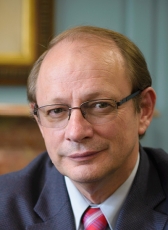 Ian F. Jones, Ph.D., Ph.D., is Professor of Counseling at New Orleans Baptist Theological Seminary, where he is Associate Dean of the Division of Counseling and holds the Baptist Community Ministries’ Chair of Pastoral Counseling. With degrees in Christian ethics, psychology and counseling, sociology, and religion, he has taught, counseled, and conducted family conferences in the U.S.A., Mexico, Costa Rica, Malaysia, Taiwan, Korea, Cuba, and Australia. He is the author of The Counsel of Heaven on Earth: Foundations for Biblical Christian Counseling.